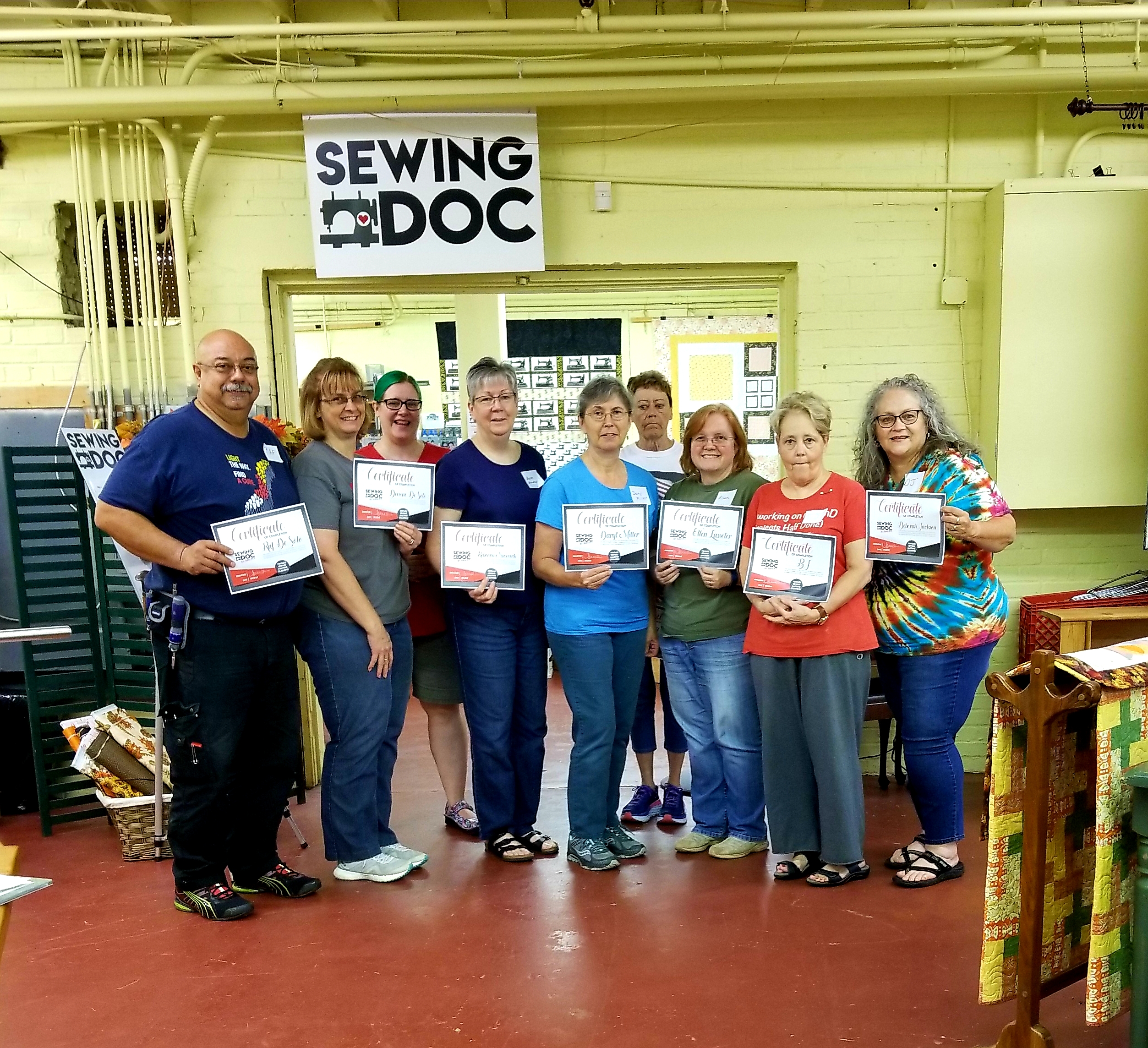 Sewing Doc Academy is striving to be a full-scale vocational skill, both online and in-person, centered on Sewing Machine Service & Repair.  Classes, workshops, and programs appeal to both hobbyists and those that aim to learn the trade for career or income.  All classes taught through the Academy are modeled after the exact same procedures used in the Sewing Doc professional service shop.

Classes began rolling out in late 2018, and are moving full steam ahead in 2019. 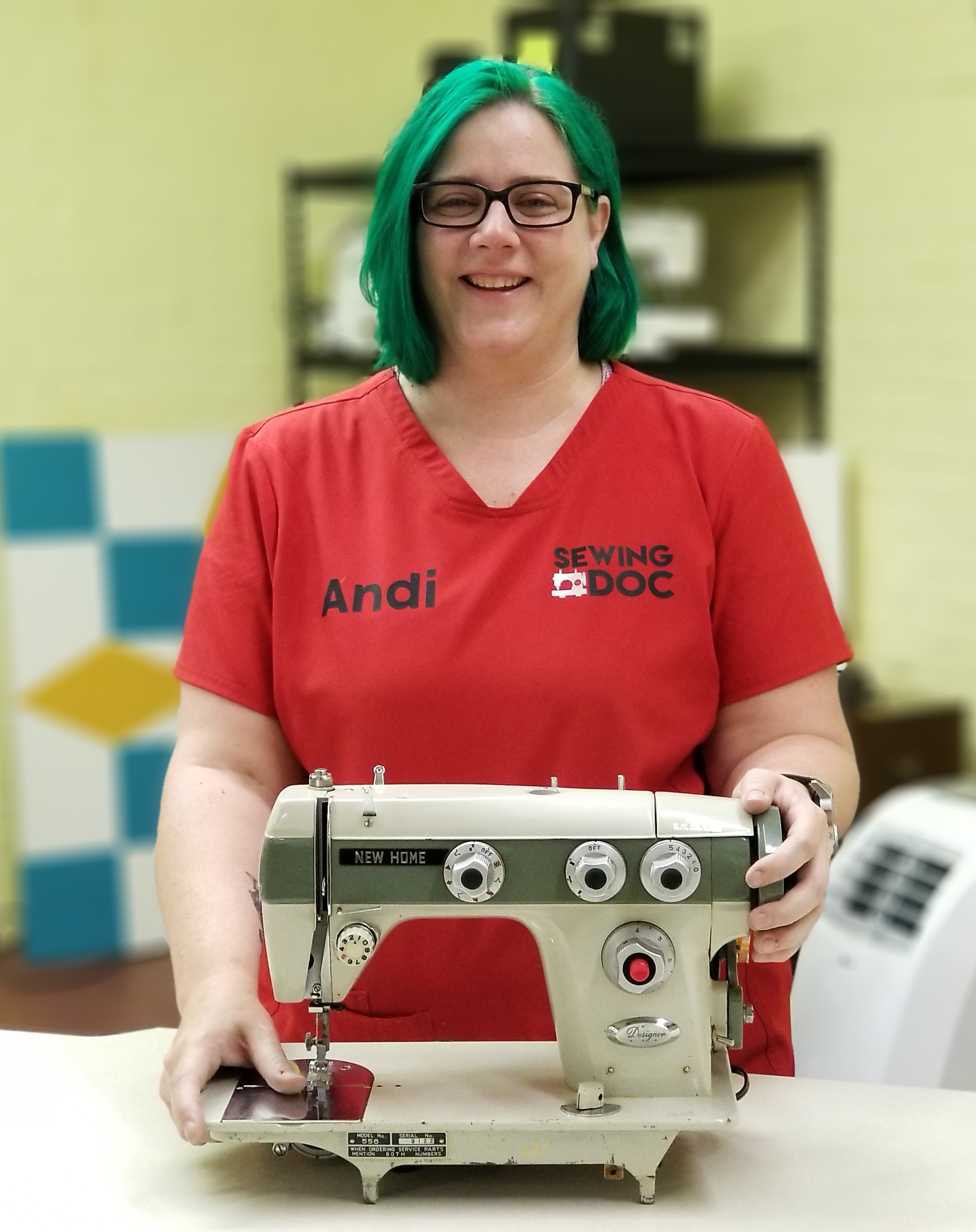 Andi Barney, owner and founder of Sewing Doc and Sewing Doc Academy, began servicing vintage and antique machines as a hobby in 2010.  As an avid collector, and hands-on, curious learner, she begin the search for knowledge and instruction on how to clean, service, restore, and repair machines.  Unfortunately, there wasn’t much available, and there were no schools, colleges, or programs available.  Thankfully the internet provided crumbs, but much of the information was sketchy, even downright wrong.

After years of begging OSGs (Old Sewing Guys) for help, she found a gentleman across the country that agreed to work with her to guide her in learning parts of the trade.  Grateful for the guidance, she was still frustrated with the tight grip retiring service techs kept on their knowledge and information.

The demand for service and care to vintage and antique machines continued to increase, and as word spread that Andi could take care of these machines, she began servicing machines out of her home in Metro Atlanta, Georgia.  Demand kept increasing.

In 2015, she partnered with a friend to help manage a local quilt shop, and in exchange, began offering her services on a larger scale.  That same year, she took the dive and began offering professional service for modern domestic sewing machines, sergers, and embroidery machines.  It was not long before she built a solid reputation built on honesty, customer service, and superior after-care.

Business grew and grew with each passing year, which meant the need for more service technicians… except that because no school or vocational program exists, there weren’t any technicians to hire.  After working with a few apprentices, it occurred to Andi that the only way to gain technicians is to provide a full-scale training program.  And thus, the idea to build the Sewing Doc Academy was born.

The Academy is designed to bring the foundation of sewing machine care, maintenance, service, repair, and restoration to anyone who wants it – sewsists, quilters, those wanting to start their own service shop, or those that just want to know how to take care of their own machines. 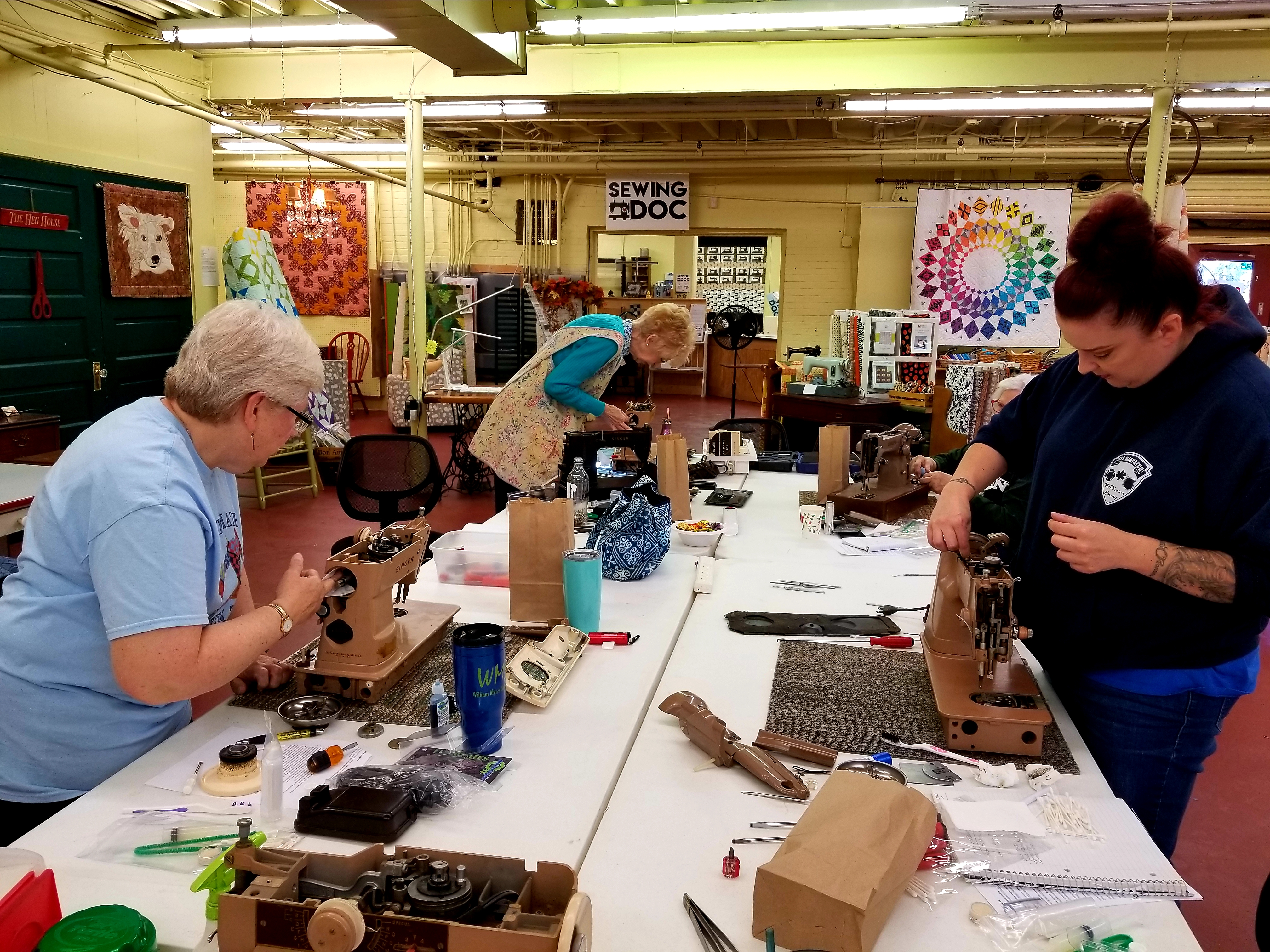 Andi is joined in the Sewing Doc shop by her husband, Paul Barney, and her brother-in-law, Todd Barney.  As the Sewing Doc service shop grows, apprentices and technicians will be added from the training academy.  Andi and Paul homeschool their 9-year-old son, Aaron, so he is also in the shop most of the time.

We suggest moving this party over to a full size window.
You'll enjoy it way more.
Close
Go Fullscreen